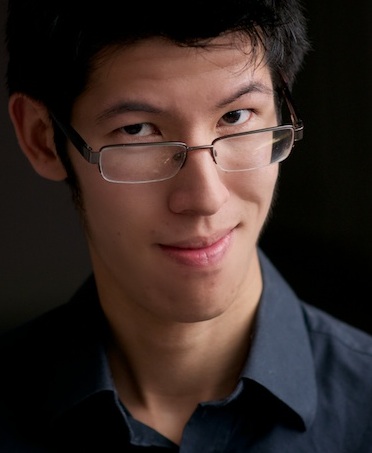 My publication list. Yup, it's just the one, all by its lonesome.

Intellectual nomad - Okay, so i haven't decided on a question to examine, let alone settled on any particular topic. i guess that makes me the academic equivalent of a nomad. Sosumi. Electronic communications (e.g. e-mail, newsgroups, instant messaging, social network sites) is starting to look like a possible home, though. Ironically, i only really use e-mail. Don't ask.

In the past, there have been some shiny things that have caught my attention. You can read about them below in reverse chronological order.

My current research pertains to expertise in decision making. Inflo is a result of this work.

i'd like to pursue some research into languages. No, not programming languages... natural languages. Attempting to learn German, my first new language in almost a decade, in preparation for ICSE 2008 has gotten me thinking. To think. Penser. Cogitere. Pensar. Denken. Hopefully you're not trying to second guess what sorts of terrible experiments i'm going to perform on myself when i'm in Leipzig!

This is a project on which Professor Khai Truong and i are working. We have approval from the University of Toronto ethics review board and will be launching the study soon. Stay tuned!

This is a paper on which Professor Khai Truong and i are working. Unfortunately, we're back to the drawing board - or at least, building a full prototype from parts we've already built, so details will take at least a few more months to emerge. Again, please don't scoop us!

My course project for CSC2524 dealt with aural interfaces. As part of this project, i performed a preliminary experiment on the auditory equivalent of visual search. The results are documented in my term report. Follow-up work is currently underway.

i did some work on semantic content matching during the summer of 2006 as part of an NSERC USRA. The intent of this research is to reduce the amount of message repetition in electronic fora such as newsgroups and message boards. You can download a draft of the paper describing the results obtained, but Word 2007's "save as PDF" feature didn't seem to care much for the non-alphanumeric symbols in the document. A presentation i gave on EDGAR makes for a lighter read.

This isn't research so much as it is fun stuff. It's a very brief introduction to some of the basics of x86 assembly language. Though it was prepared for an offering of CSC494 supervised by Jorge Aranda and Professors Greg Wilson and Steve Easterbrook, it has no real connection to the two-tiered Q&A board for Kids Help Phone on which my group was working. Unfortunately, this presentation does not include my audio commentary. Also, if it were a book, it would be a book of lies. Or at least half-truths. After all, there's no way to condense three volumes of IA-32 manuals into a ten minute presentation... or is there?

And wouldn't it be great if...

This probably belongs in its own section, but i didn't want to design an icon for this, so...

What if you were wondering what reflections would look like in this coloured aluminum? Okay, let's do a manual search for +"coloured aluminum"+"reflection" accounting for all possible spellings. Oh no! Because of reflection/reflexion, this expands into 2^3 = 8 combinations for a total of 24 words and quite a lot of typing! And think of all the parentheses, quotation marks, and pipes ("|") you'd have to use. Pretty soon, you've got a mess that's almost as hard to read as a regular expression. Automatic term expansion means less work for the user. That's working smarter, not harder. That's smarter searching.